WE OFFER MORE THAN JUST MEDICARE!
We can maximize your Social Security benefits! All you have to do is give us a call today at 512-900-3008 to learn more about Social Security and how to get the most out of your benefits.

Getting To Know The Parts Of Medicare

Medicare is one of the most successful and popular government programs in America. It provides a benefit that people use all the time and value. American’s generally enjoy the fact that the program is government sponsored, but that they can use their benefits to see the doctors and specialists of their choice. Despite its popularity, there are several issues with Medicare that cause concern for people. The biggest of these relates to the out of pocket spending Medicare can expose you to. Fortunately, there are several private Medicare Insurance options that can help you reduce your out of pocket spending. In this guide, we’ll review the basics of the various parts of Medicare and understand the options available to you.

The Basics Of Original Medicare

In order to make a good decision about your Medicare coverage, you need to understand the basics of the program. It’s important to know that the program was designed in a way that requires you to pay out of pocket for most services. Once you know these kinds of facts, it will be much easier to find and choose a plan that works for you.

The basic government program, Original Medicare, is split into two sections known as “parts.” The services covered by each of the parts are totally different. Taken together, they create very comprehensive coverage.

When it comes to institutional care (hospital or skilled nursing facility), Part A will help pay for your stay there; many of your actual medical procedures will be covered by Part B.

Part B of Original Medicare provides medical insurance. Part B covers a wide variety of necessary medical treatments that you’re likely to use regularly. Examples of services and procedures covered by Part B include:

As stated earlier, if you ever have to stay in the hospital or go to skilled nursing, you’ll find that Part A and B work together in these cases.

Cost For Medicare Part A Coverage

With Original Medicare, you’ll have to pay in order to get coverage. In the case of Part A, most people pay payroll taxes – either through their job or their business – that are collected over your working career. These payroll taxes are used to pay for your Part A benefits. If you’ve worked long enough (and paid enough taxes), you’ll be able to get Part A without paying a monthly premium when you enter the program.

Cost For Medicare Part B Coverage

Part B works differently; you don’t pay for Part B during your working career. Instead, you pay a monthly premium for coverage when you enter Medicare. In this way, it’s like “regular” health insurance – you only pay monthly premiums when you’re actively covered. 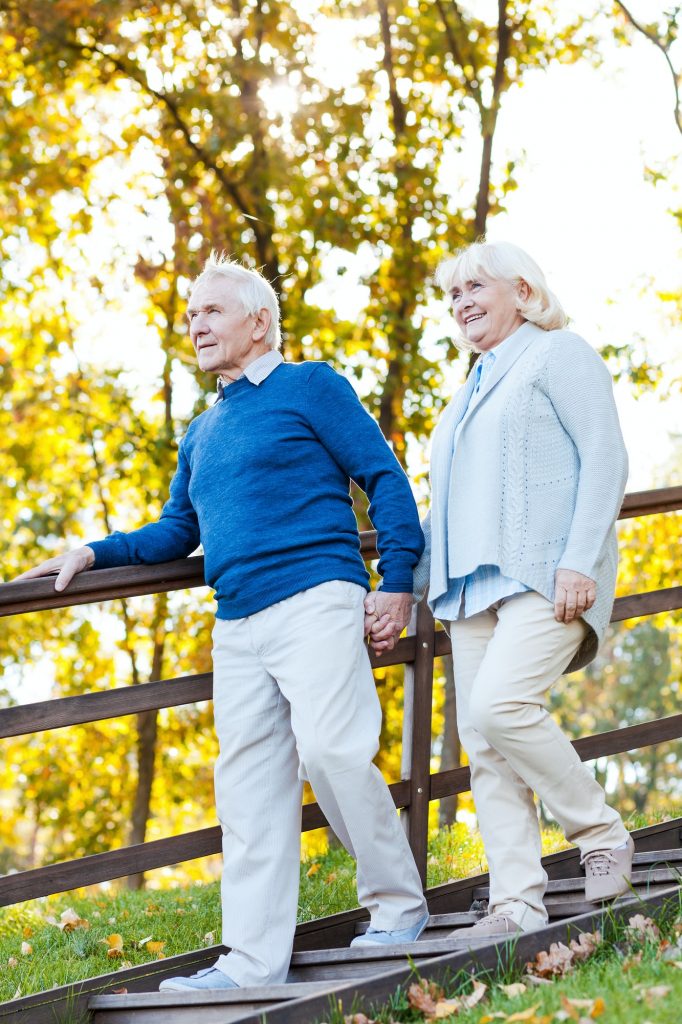 Costs For Using Your Medicare Benefits

The premiums and taxes you’ll pay for Medicare are only the start; they allow you to have the coverage. You’ll still pay out of pocket for the services and procedures you receive while you’re in the program.

The costs you’ll experience when you use Part A can be lumped into two broad categories:

One interesting thing to note is that you might end up paying the Part A deductible more than once in a year. This can happen if you have multiple hospitalizations in one calendar year (separated by more than 60 days). While somewhat rare, it is a possibility, and if it happens it can really bite you.

When it comes to Part B, you’ll face these potential costs:

You only pay the Part B deductible once a year, so it functions like a true deductible. Part B excess charges are somewhat rare, so the impact from those is likely to be fairly minor in any given year. The Part B co-insurance is probably the biggest cost you’ll face while you have Medicare. You’ll pay 20% (Medicare pays the rest) of the cost for Part B services every time you have a procedure or service performed.

The most important concept to take away from a review of the costs for Medicare is that there is no cap on your spending. Your yearly and lifetime costs are potentially unlimited. This is much different from most private health insurance plans, which provide at least a yearly cap on your out of pocket costs.

This situation can cause a lot of uncertainty and anxiety for people, especially for those who are on fixed incomes, or will soon be. To reduce this risk and uncertainty, most people choose to enhance their Medicare coverage with at least one private plan option.

When it comes to helping you pay for the many gaps that exist in the parts of Medicare, you have three main options:

Medicare Supplement Insurance is a private insurance coverage that’s designed to work with your Original Medicare benefits. Medicare Supplement is also frequently called Medigap because it fills in the gaps in Medicare. A gap is usually considered anything that you have to pay for out of pocket.

Medicare Supplement Insurance is technically secondary coverage; it pays after your primary health coverage (Parts A and B) has paid. The rules and regulations for Medigap are set at both the federal and state level. The basics of these plans, and the Medicare benefits they supplement, are set at the federal level. States are able to add their own touches to their regulation of Medigap plans, but for the most part, Medigap plans are standardized in 47 states. Massachusetts, Wisconsin, and Michigan have their own, unique, Medicare Supplement plan rules.

In the 47 states with the same rules, there are a total of 12 different Medigap “Plans” available. Each one of the Plans has its own benefits which cover a different portion of the gaps in Original Medicare. The standardized plans are designated by letter: Plans A, B, C, D, F, G, K, L, M, and N. Since these plans are standardized throughout 47 states, the benefits are identical for each plan in any of the 47 states. Medigap Plan B provides the same exact coverage in Alabama as it does in Wyoming. This is very helpful because it takes a lot of complexity out of your search for coverage.

To get Medigap coverage, you have to be actively enrolled in both Part A and B. You also have to keep paying your Part B premium. In some states, you also need to be at least 65 years old. This is one of the rules that individual states are free to set; some will allow you to get Medigap coverage before 65 if you qualify for Medicare early. Others make you wait until you’re 65 or older.

There are two main types of enrollment into Medigap. There is an initial enrollment window that takes place during your Medigap Open Enrollment Period. This period lasts for six months and begins when you are at least 65 and actively enrolled in Part B. It won’t start before both of these are true. During your Open Enrollment Period, you have a guaranteed right to enroll in any Medigap plan available in your state. You can’t be turned away or charged higher premiums due to pre-existing conditions.

The other type of enrollment happens any time you are outside of your six month initial Open Enrollment Period. If you apply for Medigap outside of your open enrollment, you will be subject to medical underwriting, which means that your health status is a factor in your application. You might be declined or charged higher premiums based on your current health and health history.

There are a few circumstances that can allow you to have a right to Guaranteed Issue Medigap coverage, but they are frequently outside of your control so you can’t plan for them in advance.

Medigap plans sold today do not provide prescription drug coverage, so you’ll need to also enroll in a standalone Part D drug plan. Note also that you can’t enroll in both Medicare Supplement and Medicare Advantage at the same time.

Medicare Advantage, also known as Part C of Medicare, is your other major option to close the gaps in Original Medicare. Medicare Advantage is a separate, alternative, program from Original Medicare. This program works much differently than Medicare Supplement Insurance. Whereas Medigap simply pays a portion of any amounts that Part A or B don’t cover, with Medicare Advantage plans you pay a specified amount that is negotiated between your plan and your provider. Your costs are usually fixed co-payments, but there are some times that you might pay co-insurance percentages.

Another reason people choose Medicare Advantage plans is that they usually come with Extra Benefits, which are coverages for things that Part A and B won’t cover. 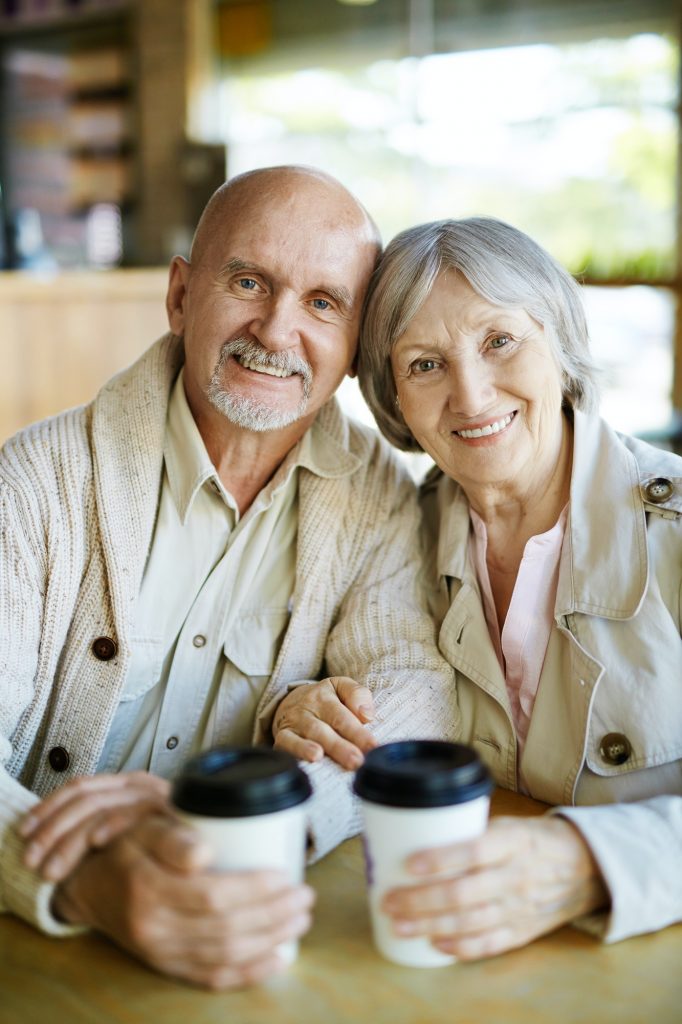 Some of the more common extras are:

Medicare Advantage plans that offer Part D drug coverage are called Medicare Advantage Prescription Drug Plans (MAPD). The drug benefit built in to these plans is also an improvement over Original Medicare, which doesn’t cover medications under most circumstances.

Part D of Medicare, which became effective in 2006, created a way to get help with prescription drug costs through the Medicare program. Part D authorized drug coverage in two kinds of private insurance company plans:

The rules and operation of these two types of plan are identical. If you choose to use Medicare Supplement Insurance, you will have to use a standalone PDP since you can’t combine Medigap and Medicare Advantage. You also can’t enroll in a standalone PDP if you’re enrolled in an MAPD.

Every Part D plan has a Formulary, which is a formal list of all the medications and vaccines the plan covers (plans aren’t required to cover all available medications). Every plan has its own unique formulary.

The Formulary organizes the medications it covers into Drug Tiers. Every medication is assigned a Drug Tier between 1 and 5. The costs for prescription fills are based on the Tier level; the lower the Tier, the less expensive it is.

The amount you pay, generally a co-payment or co-insurance, will change throughout the year as you move through four Coverage Stages. You move through the coverage stages based on the overall cost of all the prescriptions you fill during the year. People who take few, relatively inexpensive, medications will likely stay in Coverage Stage 1 or 2. Those with many, or expensive, brand name, medications can end up in the fourth coverage stage. Your costs for medications are not capped, but in the fourth Coverage Stage, you’ll pay very small co-payments or co-insurance.

The eligibility rules for Part D plans generally match those for Original Medicare and Medicare Advantage, with one exception:

Just like for Medicare Advantage plans, you can make changes to your drug coverage during the Annual Election Period.

Support For Choosing Your Medicare Coverage

The many parts of Medicare can provide very good and affordable medical coverage, but it can be tricky to find the right plan or plans. One way to save time and energy is to work with a licensed insurance agent. At Tampa Medicare Advisors, we are able to help you shop for and compare Medigap, Medicare Advantage, and Prescription Drug plans. We do the heavy lifting for you so you can enroll stress-free. To get started, schedule your free, no-obligation consultation today.